Brown, blue, green, gray, hazel . . . What color are your eyes? Your eye color doesn’t just affect your appearance; it also says something about the concentration of melanin in your irises, your ancestry, and perhaps even your health. Some eye colors are incredibly popular, while others are extremely rare. And did you know that it’s possible for a person to have two different colored irises? Without further ado, let’s explore some interesting facts about eye color . . . 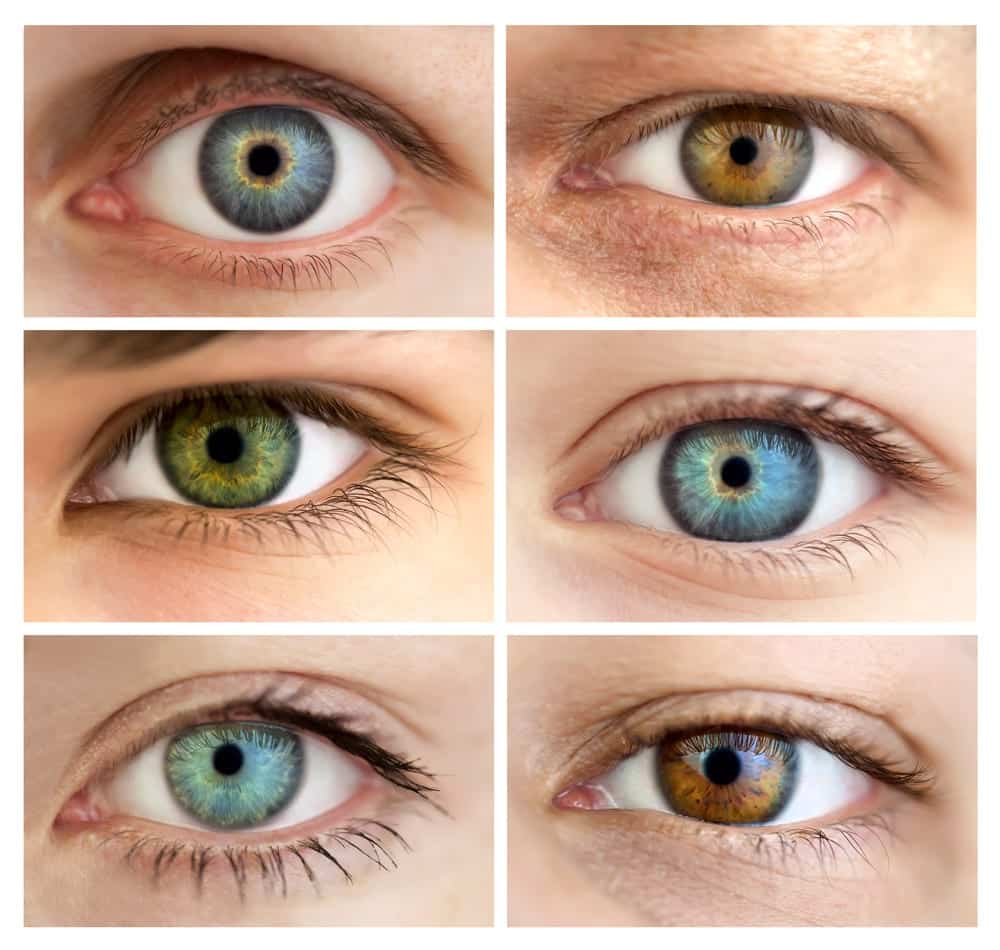 Melanin is a brown pigment in the eye’s iris, and the type, amount, and distribution of melanin in the iris determines its color. Brown eyes have the most melanin, while blue eyes have the least. Although both types of melanin are brown (eumelanin is dark brown, pheomelanin is reddish brown), eyes with little melanin can appear blue, green, or hazel due to the scattering of light by collagen fibers in the iris (source). So when we say someone has blue eyes or green eyes, we’re really just saying their eyes appear blue or appear green.

Although you might be tempted to proclaim that your baby has blue eyes – and you wouldn’t be wrong – it’s important to remember that the vast majority of babies are born with blue eyes. As the child develops, the melanin in his or her irises will develop as well. Over the first three years of the child’s life, his or her eyes may change to another color or they may stay blue.

SELECTED FOR YOU:  How to Get Rid of an Eye Twitch

It’s difficult to predict a child’s eye color by his or her parents’ eye colors.

In the past, most people believed you could predict a child’s eye color by looking at his or her parents’ and grandparents’ eye colors. You might remember hearing about brown eyes being a “dominant” genetic trait and blue eyes being a “recessive” genetic trait. In the years since, however, scientists have found that it’s actually extremely difficult to predict a child’s eye color due to the complexity of genetic traits. For example, it’s possible that two blue-eyed parents will have a brown-eyed child.

The idea that a single gene determines eye color is one of the oldest myths in human genetics (source). In actuality, as many as 16 different genes may be responsible for eye color (source).

Originally all humans had brown eyes.

Did you know that about 10,000 years ago, every human in existence had brown eyes? According to researchers at the University of Copenhagen, people with blue eyes have a single, common ancestor whose genetic mutation caused his or her eyes to appear blue.

This is known as heterochromia, and it can be present at birth or develop later in life. Sometimes heterochromia is a symptom of a serious condition, such as Horner’s syndrome, Sturge-Weber syndrome, or even glaucoma, so if one of your eyes suddenly changes color, consult your optometrist.

The popularity of an eye color depends on which population of the earth is studied. For example, Asian and African populations have a much higher percentage of brown eyes when compared to European populations. In these regions, higher levels of melanin in the irises help protect people’s eyes from the sun’s strong UV rays. In less sunny places, like Iceland and Scandinavia, most people have light-colored eyes.

SELECTED FOR YOU:  How Often Should You Get Your Eyes Checked?

Since the United States is a big melting pot of people from different backgrounds, there is a big mix of eye colors. According to a 2014 poll by the American Academy of Ophthalmology, Americans break down like this when it comes to eye color:

You might be wondering, “What eye colors make up that remaining 1 percent?”

Sometimes people with albinism (a condition that causes a lack of pigment in the skin, hair, and eyes) appear to have pink or red eyes. In addition, gray eyes (which are blue with flecks of gold and brown) and amber eyes (which have a yellow, golden, or coppery hue) are extremely rare. In the poll above, some people with gray eyes might have called their eyes blue, or vice versa.

Contrary to popular belief, violet eyes and black eyes do not occur naturally in humans. Eyes that appear violet are typically blue, while eyes that appear black are actually dark brown.

You may experience light sensitivity if you have light eyes.

Light sensitivity, or photophobia, typically affects people with less pigmentation in their eyes. Because blue and green eyes have less melanin, they’re less able to block out harsh sunlight and fluorescent lights. So if you’re frequently squinting or rubbing your eyes in sunny or brightly lit places, your eye color may be to blame. To protect your eyes and make the situation more comfortable, wear UV-blocking sunglasses and a wide-brimmed hat.

SELECTED FOR YOU:  What Causes Eye Floaters?

No matter what color your eyes are, you need to care for your vision.

These interesting facts about eye color are intriguing, yes, but it’s important to remember that no matter what your eye color, you need to take care of your eyes. Treat your eyes well, shield them from the sun, and visit your optometrist for regular examinations.

Looking for a new optometrist? If you live near southwest Missouri, stop by Heffington’s. Since 1975, the Heffington family has been assisting the Springfield community with top-quality eye care and affordable eyeglasses and contacts. To learn more about our products and services, please get in touch with us online, send an e-mail to asktheexperts@heffingtons.com, or give us a call at 417-869-3937 (Optiland location) or 417-882-3937 (House of Vision location).